The Experimental Traffic Restriction Order ended 03/12/14. The Lane is open to vehicular traffic


I know Dam Lane well, having walked it several times,
including once when I walked from Brandon down to Mellis and back again.
I will most certainly write in support of the TRO.
Thank you for the fight you are fighting. 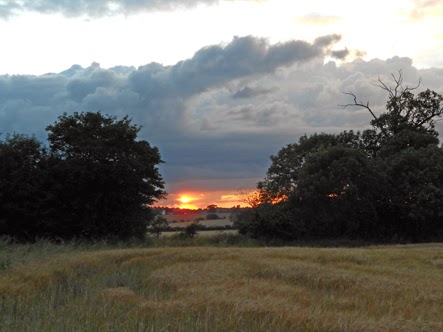 After being protected by an 18 month Experimental Traffic Restriction Order Dam Lane is now open again to motor vehicle traffic. At the time of writing the reasons for not imposinga permanent ban on vehicles are unclear. This writer will be asking for more information from Suffolk County Council, if necessary using a Freedom of Information request.


Dam Lane, is a beautiful green lane which covers 1.6 miles across country, between Mellis Ash Road and the A143, near Wortham, it is a historical, local asset, much loved by ramblers, dog walkers and horse riders (and unfortunately off-road 4x4 and motorbike users).


It provides easy, sheltered walking to Burgate, Wortham, Palgrave and even Diss!


You could also take a footpath detour after fording the stream to Wortham Store and Tea Room or the Dolphin pub.


This ancient green lane leads you to views of hidden pasture and marsh land, to fording a gentle, stickleback stream (did you know sticklebacks are related to seahorses?) which runs into a Site of Special Scientific Interest (SSSI) at Thrandeston. Catch a glimpse of a kingfisher or a deer or two - and much more local flora and fauna.


The lane also passes close to an early mediaeval, moated site, next to Seethings Wood which was investigated in the 1930's by the archeologist Basil Brown, who discovered the Anglo-Saxon Ship Burial at Sutton Hoo.

Dam Lane, together with several similar 'green lanes' is part of a network which passes through and radiates from Mellis Common (59 ha), probably the biggest open Common in Suffolk, most of which is owned and managed by the Suffolk Wildlife Trust.

All these lanes are fragile, historic relics and need our permanent protection. If they were small, ancient artifacts, they could be preserved in a museum.
But because that is not possible they need our physical protection and care.

The off-road 4X4s and trail-bikes interest groups have mounted campaigns to oppose the TRO on their various online forums and on Facebook so they will get support from 'off-road' driving emailers from all over Britain lobbying S.C.C. As of December 2013 Suffolk County council received 115 letters supporting the TRO and 499 (from all over UK) objecting to it.

You can see that your help is vital!

Please support a permanent traffic restriction for Dam Lane in the future by simply stating your support and you can choose to add a reason if you wish, from the following:

•  Preserve the historic, rural character of the area through which the lane runs.

•  Preserve the structure of the lane where it is only suitable for persons on foot or horseback.

•  Protect non-vehicle users from the possible danger of physical harm from motor vehicles.

•  Prevent vehicles harming aquatic wildlife when driving through the stream.

•  Prevent pollutants entering the stream which connects with a SSSI at nearby Thrandeston.

Email or write your message of support for a permanent Traffic Restriction Order to:

A walk along Dam Lane in early autumn 2013 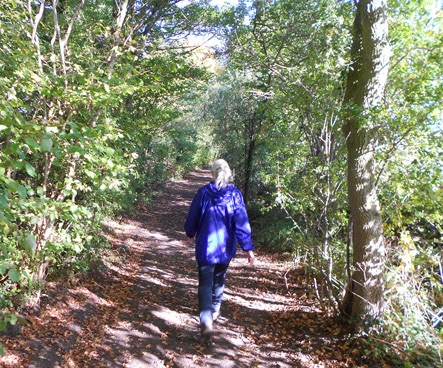 on the dream path to the stickleback stream 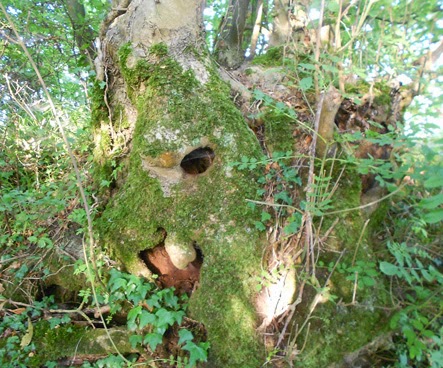 stumpy ash guardian of the lane 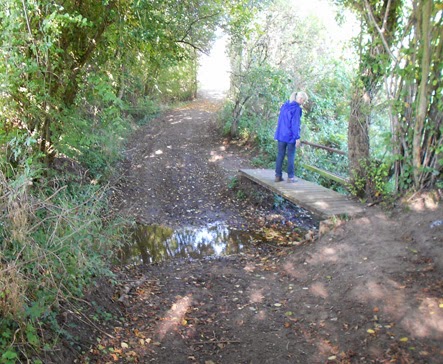 Stickleback stream ford just a trickle but can be a torrent! 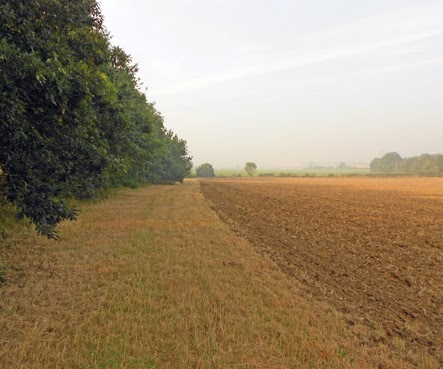 out of the lane's edge towards Burgate 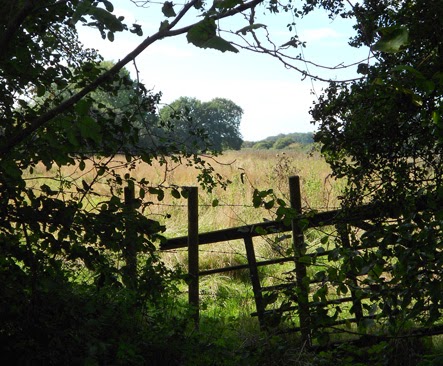 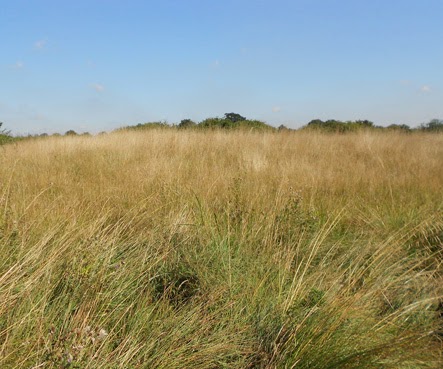 A) Dam Lane start in Mellis  B) extent of common land section of the lane
C) site of mediaeval moat  D) Dam Lane end at the A143, Wortham 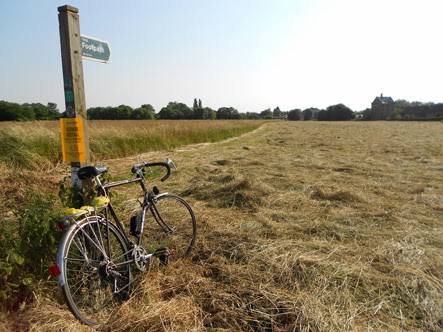 half-cut hay harvest on the central section of Mellis Common 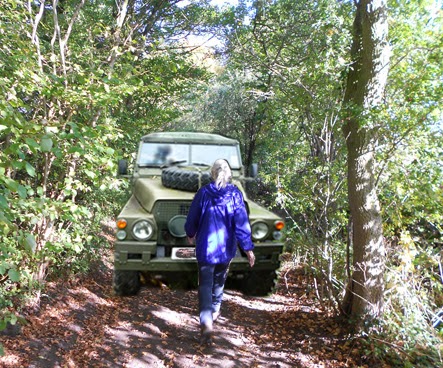 a mock-up of a walker's path blocked by a vehicle in the section of Dam Lane,
mid-way between point B on the map above and the stickleback stream ford


Suffolk County Council (and other C.C.s) are very concerned about a High Court victory by the Green Lanes Association (& others) V Powys C.C; which overturned a TRO and awarded 50k costs against Powys C.C. who slipped-up seriously with their procedures implementing a TRO.

Here are some info links about the issue, the Facebook one is of particular interest.


I recently found the the following YouTube link, showing motocross vehicles being used recklessly in Dam Lane, from the direction of the stream ford, towards Mellis:

You can contrast that with a short film I made last year on the same section of Dam Lane: 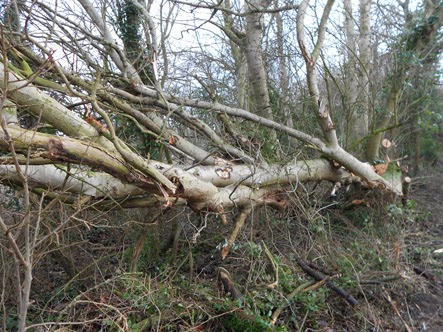 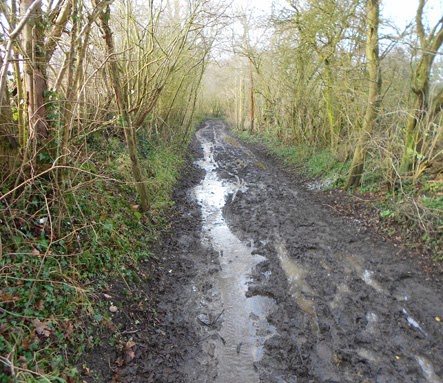 the Holloway leading to the stickleback stream ford 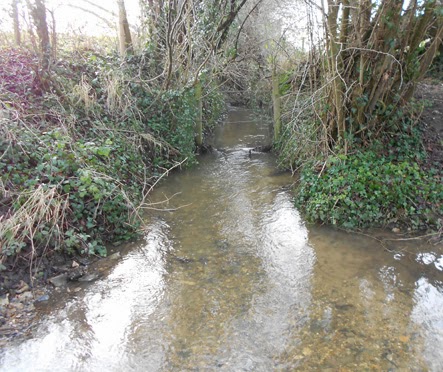 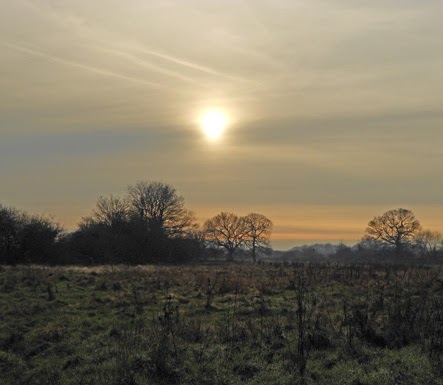 the ancient hidden pasture under a watery sun 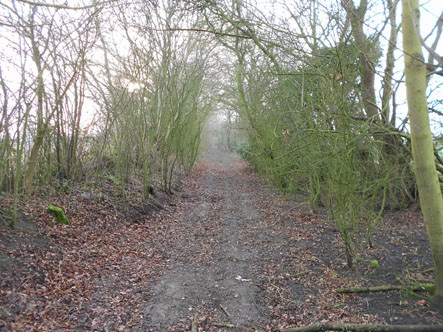 Dam lane north section, midway between the stickleback stream and the A143 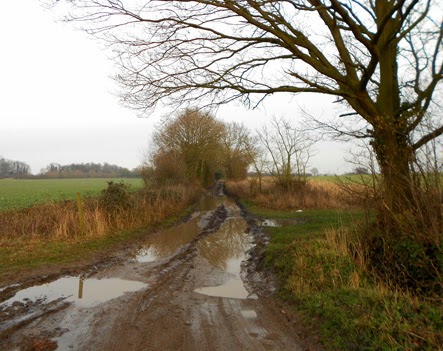 a few hundred metres from the A143 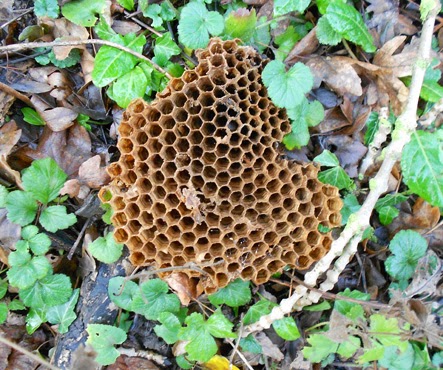 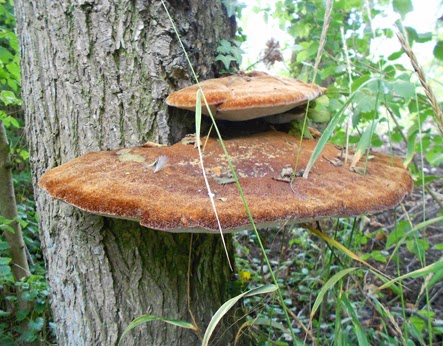 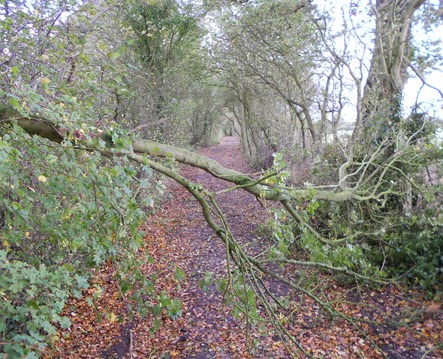 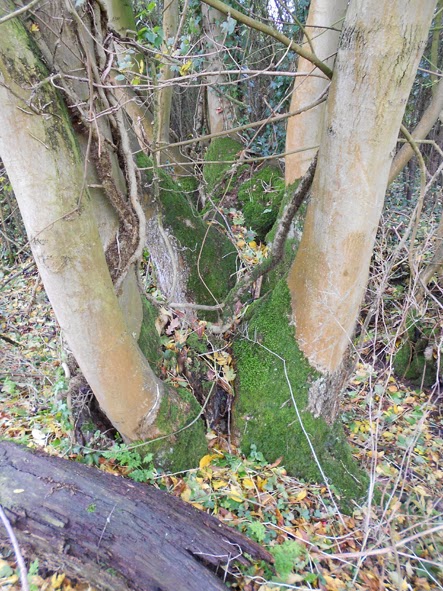 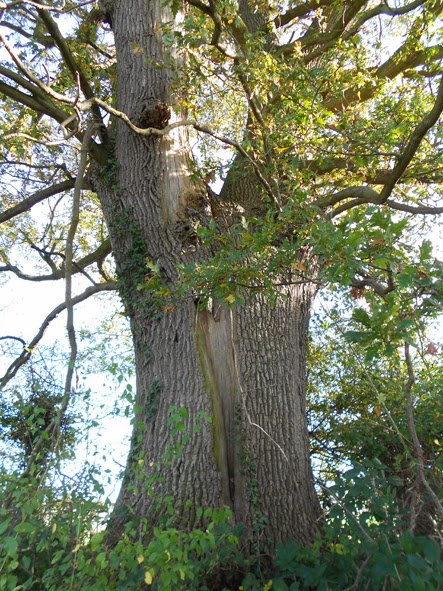 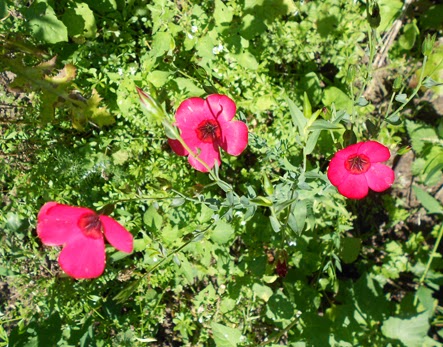 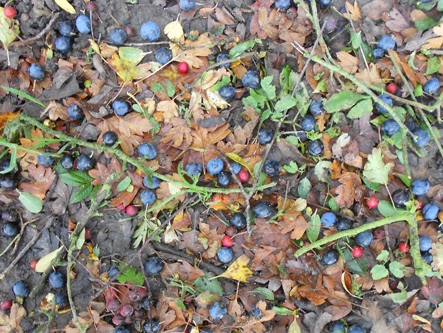 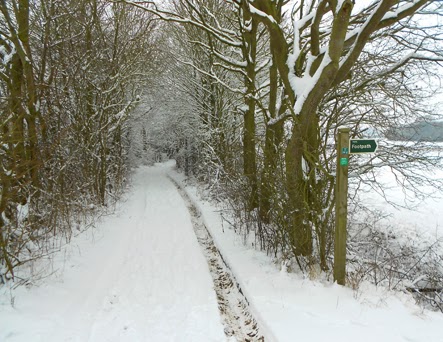 Dam Lane contained six or seven very old cottages which were demolished and the occupants rehoused in the council houses in Earlsford Road. The house now named Mellis Lodge was built on the footprint of the cottage which was Sonia Spencer’s birthplace.
On the land where the Romanies, Tim and Nellie Hall had their caravan, now stands the bungalow named Halls Lodge 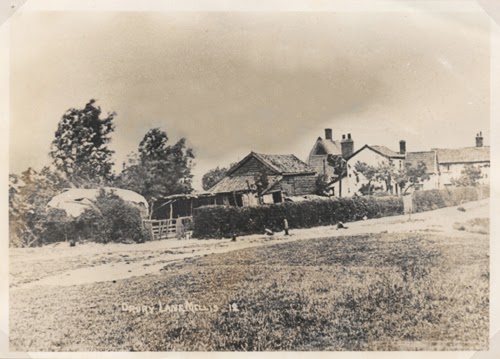 The group of long demolished cottages. Mr & Mrs Hall's caravan is on the left

THE LANE WITH TWO NAMES!

DAM LANE
The lane leads to a stream, where the people of an early mediaeval settlement(1) blocked-up the water-flow (made a Dam) to create a deep, protective moat. Useful too for stocking with fish, attracting food animals and waterfowl, washing clothes and possibly an occasional bath! The stream, being sourced by several nearby natural springs ensured a plentiful supply of fresh water, essential for the settlement’s survival.

Dam Lane probably originated before the Roman occupation of Britain and was used as part of an animal drovers route from the early medieval period until the end of the 19th century(2).

DRURY LANE
Drury is a Norman name, possibly derived from the former village of Rouvray, near Rouen, Normandy. The name "de Rouvray" may have been shortened to Drury over time. Another explanation that has been published is that Drury meant "lover" in Old French or "Pearl" in Saxon. Although romantic possibilities, they are probably inaccurate. A third, and more likely, origin is that the name of Drieu of Normandy (and later of St. Edmunds).(3)
Significantly, the lane joins-up with what is now a main route to Bury St. Edmunds

(2)  This opinion, relating to other, similar lanes in this locality, is postulated in: THORNHAM and the WAVENEY VALLEY by John Fairclough & Mike Hardy, (Heritage Publ. 2004) Both members of the Suffolk Institute of Archeology and History.

Whichever name you use, the lane is associated with water, dampness and discomfort, as described in the following quotations from two women, both born in Mellis.

“I was born...at a house on the common now called Mead Cottage...my family called it Cold Water Hall because it was so very cold living there. Later (we) moved to a cottage in Drury Lane. Drury Lane wasn’t a very nice place to live. There were no pathways to the six or seven houses there (demolished long ago) and in winter the lane was under water all the time. It was impossible to push a pram down it."

"One thing that stands out in my mind is the pond where we had to fetch our water. It was a dangerous job as there were slippery steps to go down. The water was horrible - covered in weed and frogspawn. Every drop of it had to be boiled and then strained. We had to wash our clothes in it and even bath in it in the tin bath every Friday night."

"Near to Mellis Lodge in Drury Lane there was a caravan lived in by Tim and Nellie Hall. Nellie was a real Romany. If you ever went down the lane to call on them, she would answer the door smoking a clay pipe. She was a little, thin woman with unruly hair which she always kept covered  in a headscarf. Tim was a very kind man  He would always stop for a chat if ever he saw me in the garden. He and his wife would go around all the houses in Mellis selling linen pegs which they made on a special machine.”
Dorothy Dye (1913 - 2015)

“I was born in an old cottage in Dam Lane where as a little girl I remember when it rained very hard the water would run across the floor, in from one side of the room and out of the other”
Sonia Spencer (1941-2011)

All Copyrights acknowledged with thanks

if you want to know when new information has been included
send me your email address to: johnfarleydesign@gmail.com

Posted by John Farley artwork at 07:20 No comments: